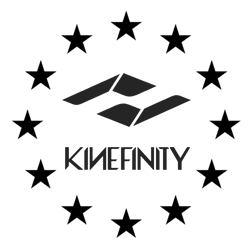 Why the MAVO LF is the best camera for Us.

The 15th Chinese Youth Film Week "Falcon Project", Chinese YouthFuture Award winning project, and the annual venture capital winning project, Find a Better Dream, tells about the fantastic changes a 17-year-old girl, Xiang Qing, encountered in her life. The film is directed by Zhang Lu from a screenplay written by Jia Ruoshuang. Director of photography for the film is Liu Qinglin.

Director of photography Liu Qinglin chose MAVO LF as the main camera to complete the shooting of this venture capital short film. Let us take a look at his creative ideas.

“In order to obtain the ultimate depth of field effects, I chose Kinefinity MAVO LF as the main camera for shooting, and Panasonic S1H as the second camera.”

“MAVOLF allows RAW shooting in 6K. However, Considering the latter part of the project cycle and storage costs, I chose to shoot in 4K ProRes422HQ in full frame format. At this resolution, the picture is a 4K picture obtained through full-frame 6K super-sampling, so the picture is more delicate and the noise control is better. Coupled with theDual Native ISO sensor, there is almost no noise in the dark part of the picture even when there is very little lighting.”

“Because MAVO LF has an interchangeable bayonet-mount, I have a lot of freedom in the choice of lens. Switching between EF and PL mounts is as easy as changing a lens. When filming the seaside scene, I mainly used Zeiss Milvus fixed lens series. When shooting indoor scenes and school scenes, I used a Zeiss CP.3 lens and an Angenieux 25-250mm zoom lens. For scenes with special emotions, I chose a Zhongyi 50mm f/0.95 lens for EF mount and a Zeiss P6 medium format 50mm f/4 lens.The universal bayonet mount of MAVO LF has a very short flange distance, so it allows to use an E-mount speed boosters adaptor, which makes it possible to use a medium format lens to shoot.”

“Coping with a tight shooting schedule is probably the norm for every film crew. This time is no exception. We only had two days to shoot the main scene. The time to set lighting on site was limited. When filming a scene in a school classroom, there was basically no time toset lighting. I wanted to capture lighting in a large area on the dark side of the actors, so that the picture could get a natural level of light and dark, but I was worried that the details outside the window would be lost when the indoor lighting was captured in this way. Surprisingly, when we reviewed the footage at the end of the first day of shooting, we found that MAVO LF perfectly recorded most of the details outside the window. This was simply beyond my expectation.”

“I really like Kinefinity's viewfinder. In the process of framing, I am used to watching EVF, which allows me to be completely immersed in the picture creation. Kinefinity’s EVF is small and light. It can create bright images and reproduce accurate color. It also features a variety of exposure aids, consumes very little power, and has almost no disadvantages.”

“We filmed on a beach in Yuhuan for two days. Since the shooting team was limited in manpower, the choice of equipment was particularly important. Weight and portability were my main considerations. I chose CRANE 3S and MAVO LF to complete the shooting of this scene.The size and weight of MAVO LF were perfect for this shooting. It is very light, which allows shooting hand-held easily, but not too light to lose the feeling of controlling.”

“The long shot of the rooftop was at magic hour, so the sky light changed rapidly. I tried MAVO LF's extreme sensitivity at EI 16000. During the post-production, we were surprised that the footage at EI 16000was still decent. This is unbelievable!”

“MAVOLF is definitely a great tool for creativity. It is absolutely reliable and outstanding. I think it is the only choice for this venture capital sample shooting. Only MAVO LF can complete high-quality shooting and endure challenging shooting environments.”