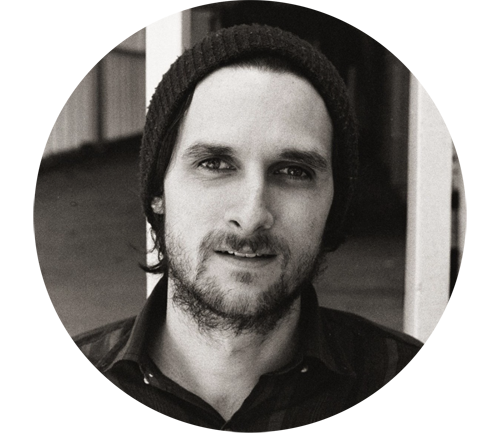 BTS report of a feature film shoot with MAVO LF

I had the pleasure of working with the Kinefinity Mavo LF on a feature in September. I’ve been a long time Kinefinity fan for several years, since finding a youtube video on the Kinemax in 2015. I’ve been active on the Facebook group since 2016 and worked the booth at NAB 2018 where I was interviewed by No Film School about the Mavo flagships, and got to shoot a promo of the Mavo paired with the Atlas Orions with Raafi Rivero. I then worked Cinegear 2018, and part of Cinegear 2019.

My friend Liam Gilles here in Portland, Oregon had the Terra 6K and I have worked on a few projects with it. But this feature was my first chance to really get to know a Kinefinity camera and really put it through its paces as a DP. Since I didn’t own the camera, I rented it from Origin Cine in Burbank.

The first thing I noticed right off the bat was the battery life. This is something I don’t think anyone is really talking about. I was blown away at how low the power consumption is on this camera. To put it in perspective, I have shot with almost all the camera systems, from Arri to Canon to Sony to RED. The B cam on this feature was my friend’s RED Scarlet-W. Now I know how power hungry RED cameras are because I shot a short film with one and I think I ended up getting about 9 V mounts from friends. I was getting 2 or 3 from a friend here or there. I think I was getting 45 minutes, maybe less per battery so as you can imagine those start to go fast.

We had to be nimble on this feature. We were a very small crew and we didn’t have an AC. In fact our Gaffer Jared Pearson was doing double duty as our Gaffer/Grip and we are all doing multiple roles. So the less time I have to spend powering a camera down and switching batteries, the faster we can move. The first few days of the feature were kind of light, but I couldn’t believe that I wasn’t going through 2 full batteries. My Co-DP Skye Fitzgerald started really noticing how good the battery life was when he was switching batteries multiple times through setups. I’d say on the longest days we had, I was maybe halfway through a 3rd battery. Keep in mind this is powering my 5.5” LCD/EVF, a 7” monitor, and sometimes the Nucleus M. It’s something I never really noticed when shooting with the camera before.

Something else I want to point out, the LF has an HDMI port and 2X SDI ports. Now usually on cameras, you have to choose whether or not you want to use only HDMI, or only SDI. Sony FS7, RED for example. What I loved is that I utilized all 3 of these ports. My EVF was coming out of the HDMI port, the 7” monitor was coming out of the SDI 1, and the GhostEye wireless was coming out of SDI 2. That kind of blew me away because I didn’t think they were all going to work simultaneously.

It was a low budget feature so I wanted to make sure we had enough media in case we got behind on data backups. One of the selling points of this camera is that you don’t have to buy proprietary media. I have invested in a lot of cards that only work with specific camera systems. And they aren’t cheap. So the fact that I could just buy some 512GB SSD drives off Amazon for $110 was fantastic. I went into the feature having 5 total. Another cool thing is that you can edit or grade off these if you wanted to, since they are an actual physical hard drive.

We shot the feature on the Atlas Orion anamorphic primes. We had the 40, 65, and 100. I felt very natural shooting wide, and by a few days in I decided I was going to light for the 40. Our setup was that I would light for the master wide, and about a 270 degree angle so that Skye could be on the 65 or 100, picking off close ups during dialogue. By the time I was happy with the master, we had enough coverage that we could move on. Since we were such a tiny crew, there was really no other way the film could have been done.

I used the camera in a variety of scenarios. I was on a doorway dolly, sticks, and handheld. I was easily able to adapt the camera to work for all of these scenarios.

We shot the feature in New York in 11 days. It’s a narrative/doc hybrid based on real events so we had filmed an interview with the lead character a few months prior that served as the anchor point for the story. But we shot narrative reenactments of her stories, and using her book she had written as a guide.

I shot the film in super 35 mode, 4096 X 2160 utilizing the 4:3 sensor mode for the 2X anamorphic primes using the ProRes 422HQ codec to save on card space. I almost shot the whole film on the 40, aside from a few shots on the 65.  If I knew I was shooting on super 35 lenses, why didn't I just utilize the MAao super 35 and shoot in 6K? Well, that is an easy question to answer. One of the things that sets the LF apart is the dual native ISO, 800 and 5120. This is a pseudo horror film and I knew we would be filming some very low light scenes and really needed those higher ISO values. There’s an exterior night scene in the film that we shot only using a light from a drone. I shot this at 6400, and it was very clean. I mostly lit for 800 but there were a lot of instances where I pushed the sensor.

That leads me to another example. This camera is very light sensitive. Even though we were shooting with 2 cameras, using the same lenses, when I lit for 800, it would be 1280 on the RED Scarlet W. Skye shot with the lenses wide open at T/2 for the most part and I was lighting for T2.8, to get a little more sharpness for the wides. Skye would constantly be asking “What’s your ISO?” I would tell him 800, and he would say well I’m at 1280. It’s little things like this that I picked up on while shooting with this camera.

Since this was my first time shooting with this camera, I wanted to make sure I was exposing correctly and that everything was being translated. So after every day shooting, I would get the cards back, dump them and do a first pass grade on the dailies. I was pleasantly surprised when I opened the clips up in Resolve, and after just placing the KineNeutM LUT on top, they looked like how I shot them.

Color science is something that I can’t really stress enough. I used to think I got it, but it isn’t until the camera gives you what you want without having to do a lot of grading in post to get it to look the way you want it to. I came from shooting on the FS7, where I could make the skin tones look nice, it just took more work. I got used to that more work, but I can tell you not having to do it has really changed things for me. Arri is known for their color science. My friend Liam used his Terra6K on a short film with the Alexa Mini and the colorist was amazed at how close they were. You can’t tell in the film. Since Resolve doesn’t have an IDT for Kinefinity, the Arri to Log C works because of how close it is. I just did a shoot last week where we paired the Alexa Mini as A cam with the Mavo LF as B cam. So at this price point to have a camera that can match with Arri is saying a lot. Anyway, after each shoot day I really looked forward to looking the footage and get an idea of the look for the whole film.

The Mavo LF was an absolute pleasure to work with. I had already planned to buy the camera but I really needed to have it for an extended period of time to see how I liked it and if it was something I could purchase and know that I would really enjoy using. It surpassed all my expectations. In the 11 shoot days, I can only remember a few times where I had to reboot the camera. I want to remain unbiased but I can’t remember that many things that bothered me. It took me a while to learn the buttons on the side of the camera because it was an earlier model that only had 1,2,3 and 4 instead of the ISO, WB, and labeled buttons. But I quickly learned what was what. The menu is intuitive, and I don’t feel like there is anything glaring that couldn’t be fixed in a firmware update. I wasn’t on the most current firmware update, 6.3. I just didn’t want to update the firmware right before going into the feature. I’m looking forward to the new higher frame rate options.

I spent an entire month with the Mavo LF so I feel like I know it very well now. After returning from shooting the feature, I shot a music video for Sleater Kinney, and a short film. Just last week I shot a PSA that Skye directed. It was fantastic to be reunited with the camera again. Not having it for a while made me really miss it.

Now I know that cameras are only tools, and that there isn’t a perfect camera, only what is best for the job. But this was the first time I’ve really fallen in love with a camera since I owned the Panasonic DVX100A back in 2005. Raafi discussed this in his Terra4K review, that it is a feeling that is hard to explain. I just really enjoyed using the Mavo LF and the footage that it produces.

I’m placing my order this week for mine and I can’t wait to own this camera.